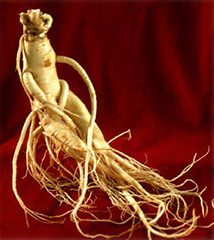 Ginseng is a root that has been used in traditional Chinese medicine for aeons. There have been claims that it can cure erectile dysfunction, premature ejaculation, act as a stimulant and even as a type II diabetes treatment. Ancient Chinese wisdom claims that ginseng cures problems with sexual dysfunction by acting on both the reproductive as well as the nervous to increase libido. Anusuya Suresh, author of a textbook on Industrial Pharmacognosy (study of medicines from national sources) says: ‘For centuries, people in China have used Ginseng to cure problems with sexual function because it acts on both the reproductive as well as the nervous system to increase libido. By its action on the blood vessels of the penis, it helps to improve erections; through its tonic action on the body. It also improves energy levels by increasing levels of the neurotransmitters norepinephrine and dopamine reducing stress and enhancing their mood.’

In Jan 2013, a study claimed that ginseng was a viable alternative to Viagra to treat erectile dysfunction, a claim which understandably excited press across the world. However,  the NHS found, on closer examination, that the study authors had exaggerated the findings which were picked up by the media and printed as gospel truth.

The double study actually didn’t find much difference between the ED-fighting qualities of ginseng and the placebo pill. The study tested various areas of sexual dysfunction including intercourse satisfaction, sexual desire, erectile function and ejaculation and it found that only ejaculation function was the only one which varied during the study. In fact, the study found that those given the dummy pill also improved their sexual function suggesting that there is a psychosomatic aspect to erectile dysfunction.

Conclusion: There’s just not enough evidence to suggest that ginseng actually treats erectile dysfunction or any sort of sexual dysfunction.

Some cautionary words: There are thousands of products on the internet which claim to be made of ginseng or have ginseng extracts but there’s no way to know whether these products even have the ingredient. Please steer clear of them and only use ginseng as an aphrodisiac or Viagra alternative only after a doctor has suggested since there are a variety of side-effects that the herb is capable of causing.

Before taking any medication